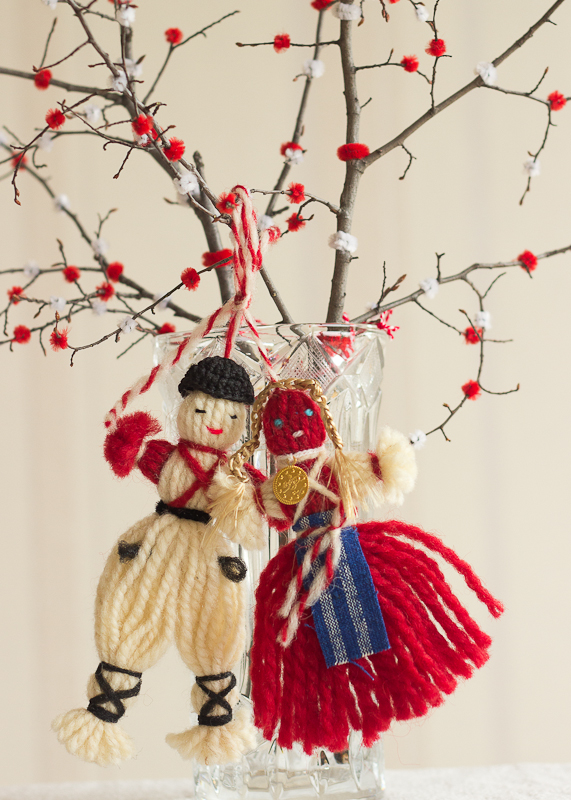 It is March first, and I don’t know about the rest of the world, but in Bulgaria this is a big deal. On the March first we celebrate the beginning of the spring and the revival of the nature. The month is named Baba Marta, who is a grumpy old lady, which mood swings, thus causing constant changes in the weather. 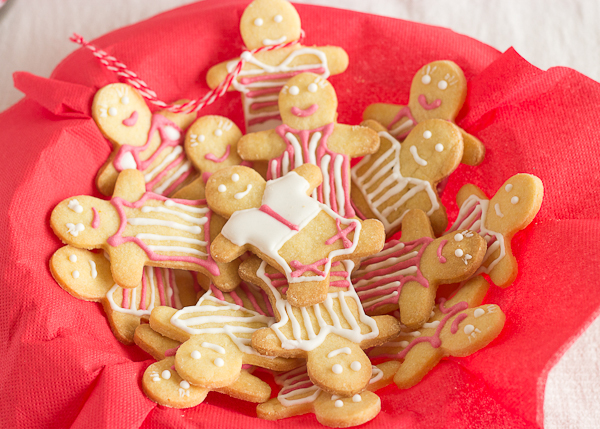 On the first day of the month, everyone is wearing martenitsi, which are twisted red and white wool strings. The are worn on the wrist or on the pinned to the clothes, and everyone is giving them away to their acquaintancеs – family, friends, colleagues, they give them away in the store, in the restaurants, with the paper, you can give one to the taxi driver. Chances are, you will end up with dozens of martenitsi on your hands during the first few days of March. 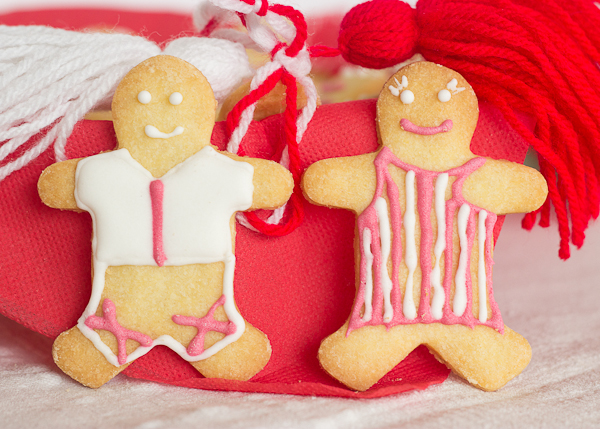 The tradition dates back to the ancient ages and is still alive and stronger then ever. The martenitsa is worn for health and prosperity and is taken off after the first storks arrive for the summer, usually at the end of the month, and after that it is tied to a blooming fruit tree.

So, world, Happy Baba Marta! I wish you lots and lots of health, luck and happiness!

The spring is just around the corner and the nature seems to be starting to wake up. 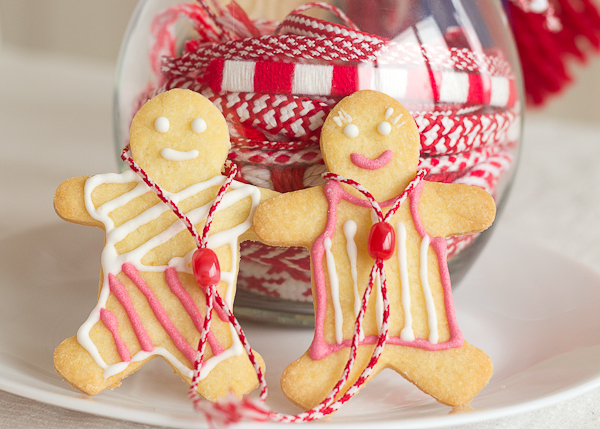 To celebrate I made you cookies. I had a bit of a mishap with the coloring of my royal icing, so instead of red and white my cookies are pink and white. And also I beg you not to laugh at my poor decorating skills. I did them with love, if not skill. Go and find some red and white tassels to tie around your wrist!