Remember last time I told you about the chocolate fiesta that I threw in the kitchen?

Well, besides the chocolate cookies that I baked (that only got better with time, by the way), I also made a chocolate cheesecake. All in effort to touch the heart of a very special chocolate lover who resides with me :).

Cheesecake is the one think that I nailed since day 1. Yes, it has happened to have cracks, and in the beginning I had a lot of issues with an old oven, but despite the little bumps in my way, cheesecake has always been a success, taste and texture wise. Maybe, because I always treated it with respect and devotion, or maybe because, in reality, this is one of the easiest dessert to put together. 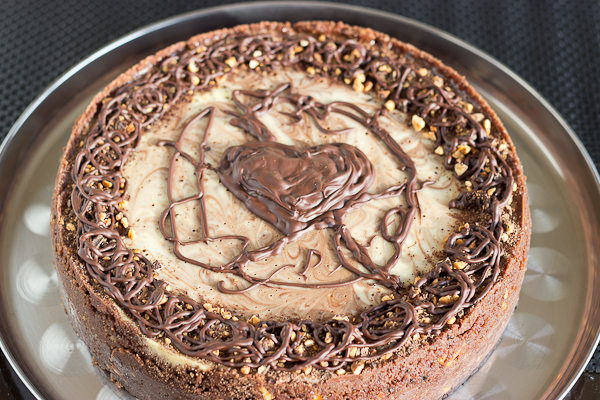 Seriously, there are only two things to keep in mind: everything must be at room temperature and you should not forget yourself with the mixer. Bake it in a moderate oven and you should be fine.

This time, however, I was going for a chocolate cheesecake. It was the first chocolate cheesecake for me, so I was a little intimidated and uneasy. I was worried weather the chocolate will mix smoothly with the cream cheese, and also if it wouldn’t be way to heavy and dense. My fears were in vain.

The cheesecake was perfectly smooth and creamy, not overly sweet and not too dense. It was just a delightful chocolate explosion for the palette. It was, in fact, richer than the plain version, but you don’t eat it every day, right? Besides a luscious dessert is what you are supposed to make for V day. 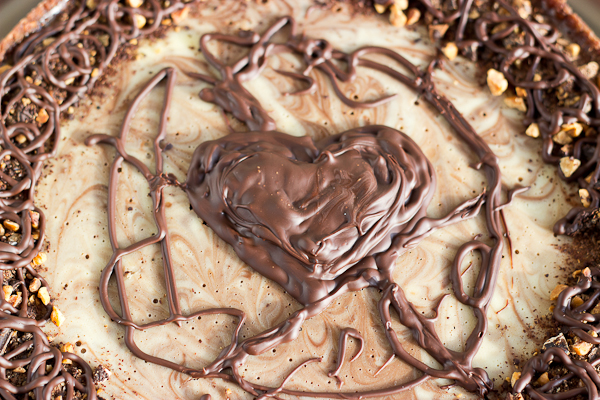 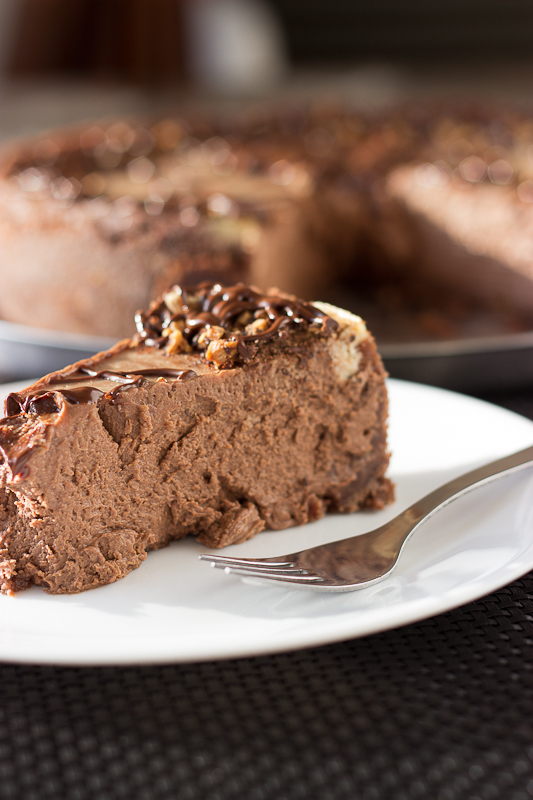 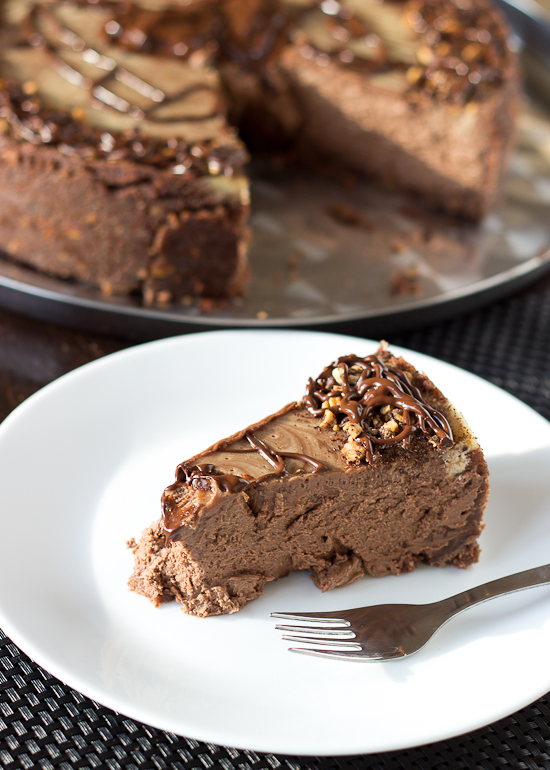